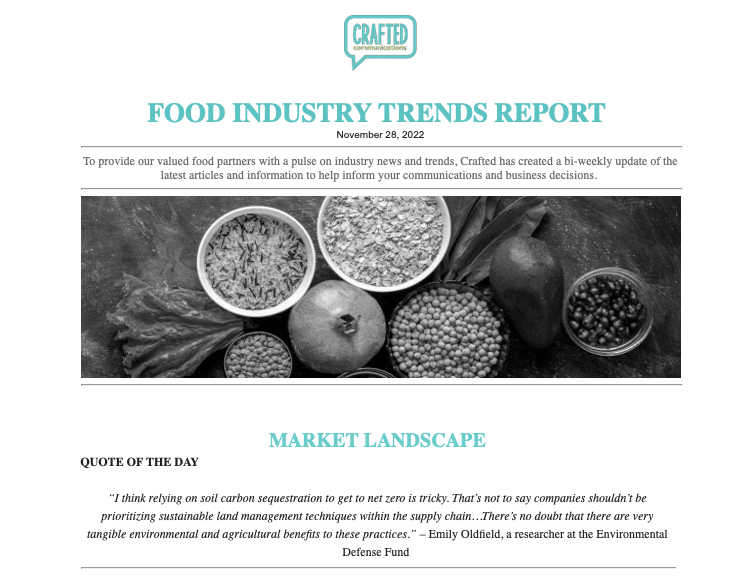 Publix Only Runs a Few Small-Format Stores, But They’re a Hit With Shoppers
GreenWise Market, a chain of small-format specialty grocery stores operated by Publix, has generated more foot traffic at every location in Florida throughout 2022 on a year-over-year basis, even as visits to the retailer’s traditional supermarkets in the state have consistently declined by the same measure, according to a recent report from data analysis firm Placer.ai.

While Publix’s GreenWise stores look to be a hit with customers, the retailer seems to have reduced its focus on the alternative format at the same time it steps up attention on other avenues of growth, such as expanding its fleet of conventional grocery stores into Kentucky.

Publix currently runs seven GreenWise stores in its home state of Florida, where it has more than 800 traditional supermarkets. GreenWise stores, which typically occupy around 25,000 square feet, have a heavy focus on organic and prepared foods and are aimed at “health-conscious and gourmet foodies alike,” according to Publix.

Meat Sector Looks for Opportunities Amid Headwinds
Meat companies are facing significant challenges to the foundation of their operations, forcing companies to enact new strategies and production choices to drive growth.

Since taking office in 2021, President Joe Biden has directly targeted concentration in the meat industry, giving $1 billion in funds to smaller processors in order to spur competition. The U.S. meat space is projected to be worth over $200 billion in the next six years.

On the legal front, the federal government has taken aim at chicken, pork and beef companies by pursuing several price-fixing cases, although some were not successful. A group of chicken executives were found not guilty of conspiring to drive up prices in July 2022 after a years-long investigation from the Department of Justice and an unprecedented third trial.

Meanwhile, the sustainability of beef production has attracted intense scrutiny because of their high amount of methane emissions, which has led major providers like JBS to adopt more climate-friendly farming strategies, including regenerative agriculture and emissions-busting cattle feed additives.

Despite these headwinds, higher consumer prices for meat products have helped companies like Tyson to rake in significantly large sales. Yet, profitability remains an issue for the poultry giant, leading to heightened investments in infrastructure like automation in order to correct course.

Industrialized Meat Has Devastating Impacts. Can ‘Good Meat’ Exist?
There are dozens of factors to consider when designing a system where good meat exists. Good meat is not just meat that is made in a way that does not directly worsen climate change, although that is a crucial element. It must be good for all the other parts of the system too: the animals, the workers, the producers, food waste, land use, biodiversity, the nutrition, and health of the community around production.

Bill Gates, in his 2021 book How to Avoid a Climate Disaster: The Solutions We Have and the Breakthroughs We Need, suggests that everyone in wealthy nations should eat only synthetic meat. Far less meat should be consumed overall, and meat from cramped factories that pollute must come to an end. But the leading alternatives, meat and meatless, are still double the price of industrial meat, and meat from livestock that graze and rotate on pasture has a critical role to play in our future, if it can become more accessible.

A growing number of eaters have decided to go vegan. Others are experimenting as so-called flexitarians or reducetarians—opting to go meatless with mushrooms, beans, tofu, or often with an array of venture-backed brands. Yet another group is limiting their meat consumption to only the most ethical meat, like bison or certain operations with livestock raised on pastures under rotational management. Some of these alternative challengers show promise, but most are not set up to effectively make a dent in overall industrial meat consumption. A certain level of scale is needed to avoid a fate like the past decade of locavorism, which has barely affected the total annual volume.

Plant-based foods sales at grocery stores, according to NielsenIQ, hit $900 million in retail sales in 2020. These alternatives started considerably outpacing total food sales during the pandemic, with refrigerated alternatives like Beyond and Impossible surging 240% during the spring peak of meat panic buying. The bump outpaced animal meat sales, which started to decline.

Is Regenerative Agriculture the Future of Farming or the Next Greenwashing Fad?
How much can farming help tackle climate change? Could shifting to a variety of so-called regenerative practices (for example, rotating between different crops) enable farms to capture more carbon in soil? By one estimate, implementing the idea could sequester more than a billion tons of carbon per year globally, more than the emissions of the entire airline industry. In the U.S. alone, a National Academy of Sciences study estimated that farms may be able to sequester as much as 250 million tons of carbon per year, or 4% of national emissions.

The potential for regenerative agriculture, also sometimes called carbon farming or climate-smart agriculture, has spawned a growing wave of support. Food companies, from McDonald’s to PepsiCo and General Mills, are pouring money into the space. Nestlé is investing more than $1 billion over five years to increase the use of regenerative agriculture in its supply chain. Consumer goods giant Unilever partnered with insurer Axa earlier this year to create a billion-euro private equity fund to invest in regenerative projects.

Additionally, the recently passed Inflation Reduction Act includes around $20 billion to support regenerative farming. Pitchbook estimates that startups in the space raised more than $700 million globally last year. Some companies are starting to help farmers sell voluntary carbon credits—certificates of greenhouse gas emissions reductions that other companies buy to offset their own emissions—even before there’s concrete evidence of exactly how much the amount of carbon in their fields has changed. And it’s now possible to buy “climate-friendly” crackers and “carbon-negative” beef jerky.

But as carbon farming grows, critics question whether it may be overhyped as a climate solution. Some scientists argue that it’s unlikely to achieve large-scale emissions reductions while others disagree. Estimating how much carbon is in the soil can be challenging, and arguably may not always be accurate enough for companies to sell carbon credits, which are often what is paying to transition to these practices in the first place.

No comments to show.